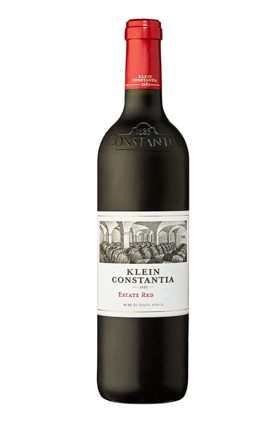 Klein Constantia is one of South Africa's most famous – and historic – wine producers, located in Constantia in the hills overlooking southwest Cape Town. This historic wine was a favorite of the courts of Europe in the 19th Century, and is mentioned in the literature of Charles Dickens and Jane Austen. It was famously requested by Napoleon Bonaparte on his deathbed. The estate was once part of a larger estate called Constantia, established in 1685 by Simon van Der Stel, the then-Governor. In 1817, the estate was broken up into Groot (big) and Klein (small) Constantia, the latter of which was already under vine.

Intense red and black fruit with elegant notes of cinnamon spice on the nose. The palate is full bodied and savory with a well-integrated oak component, ending with a long and rich finish.